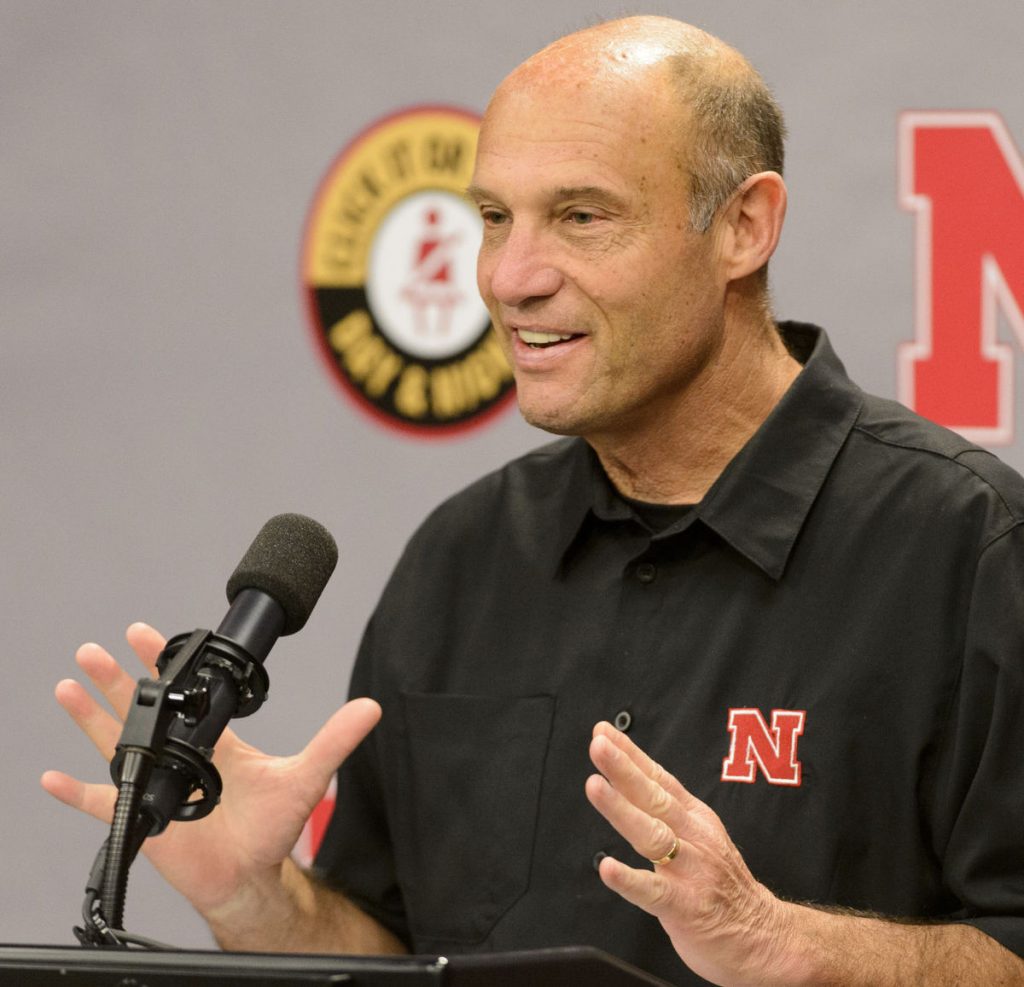 On Wednesday, head coach Mike Riley gave his spring football press conference. Practice does not officially start until March 4, but Riley took the opportunity to give some ideas of what to expect come April 15’s Spring Game.

The most interesting and palpable piece from the presser is the 3-4 defensive depth chart.

Riley reminded the room that he started his coaching career with a 3-4 defense in Canada.

The press conference did not only include Riley; newly established nose tackle, Mick Stolzenburg (who said he has gained pounds to stand at 6-foot-5, 310 lbs.) also made an appearance.

“[Diaco is] always talking about effort and energy being the biggest eraser,” Stoltenberg said.

Riley also mentioned how staff left over from former DC Mark Banker have embraced the new system well. He said he did not change defensive schemes with the idea of a setback in mind.

In fact, Riley made sure to dismiss any ideas of a “transition year.” He ensured the room that he is looking for improvement from last year – something that will be music to Husker fans’ ears.

As for the offense, it appears that the quarterback race is tight between Tanner Lee and Patrick O’Brian. Riley even claimed that him and offensive coordinator Danny Langsdorf were planning on flipping a coin to see who will get the start in the Spring Game.

“We’ve got to do a better job — and I talked to the coaches about this — of establishing an identity running game,” Riley said. “And when I say that, you’ve got to have balance, too.”

Riley pointed to screen and draw plays to help balance that out, while also helping the offensive line out.

According to Lincoln Journal Star reporter, Brian Christopherson, Spring Game ticket sales were at 45,000 on Tuesday. After Wednesday’s press conference and with the game drawing closer, it is expected for attendance to rise.

This Spring Games offers more intrigue than years past when you take into account all the new features of this Husker team on show. New defensive schemes, an early quarterback and a first look at some of Nebraska’s newest talent is all the reason to get excited for a glorified scrimmage.

The Spring Game is April 15 at 1pm CT at Memorial Stadium and on BTN2Go.