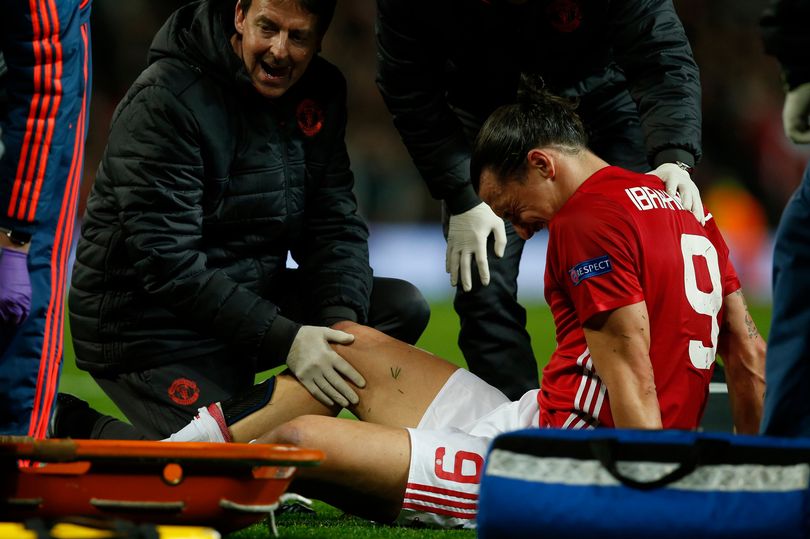 On Sunday evening, Manchester United striker, Zlatan Ibrahimovic, took to Instagram to send out words of encouragement to his fans following his season-ending injury.

“First of all, thank you for all the support and love. [It’s] no news I got injured so I will be out of fotball for a while. I will go through this like [everything] else and come back even stronger.

“So far I played with one leg so it shouldn’t be any problem. One thing is for sure, I decide when its time to stop and nothing else.

Giving up is not an option. See you soon[.]”

Ibrahimovic came off the pitch injured last Thursday in the Europa League quarterfinal match up against Belgian side, Anderlecht. It is still uncertain how long his injury (two torn ligaments in his right knee) will take to heal.

According to Metro, teammate Ander Herrera said that Ibrahimovic had addressed the team before their 2-0 win at Burnley on Sunday.

“[Ibrahimovic] was down at the training ground yesterday and spoke to the group,” Herrera said. “But he did not say much, really. He wished us only good luck with the rest of the season.

“He has an incredible mentality and a great physique, I have never seen such a good football body. I am quite sure he will make it back.”

No one is really quite sure what the future holds for the 35-year-old Swede. Manchester United has until June 30 to decide whether or not they will offer him a new contract.

Although he has arguably gotten better with age, it is still a gamble to sign him for another year, especially after an injury like this.

In 41 appearances this season, the striker tallied 28 goals and 10 assists in all competitions. United are now left with the dilemma on how to replace their leading scorer.

Ibrahimovic’s injury is a reminder that he is in fact human and that everyone has their limits. His warming words of ambition are also a reminder to never count Zlatan out.