After an impressive 83-80 upset of No. 20 Purdue last Sunday, the Huskers could not stop Michigan State from shooting 64-percent from beyond the arc.

The Spartans won 72-61 in a game where it seemed everything went their way.

“You give credit where credit is due,” Nebraska coach Tim Miles said. “You learn a lot about your own team when you play Izzo’s team.”

When talking about the difficulties in stopping the Spartans tonight, Miles said, “The past two years our 3-point defense has just not been there.”

The Huskers’ 3-point offense was not their either as they only made four-of-16 attempts from long range.

Miles went on to compare and contrast this team from past year’s with players like Terran Pettaway and David Rivers being replaced with the likes of Michael Glynn Watson and Michael Jacobson respectively.

There are some positives to take away, though.

Freshman center, Jordy Tshimanga had one of the best games of his young collegiate career tonight, getting 24 minutes and 15 points.

“When [Jordy] does something bad, it’s like the whole world notices,” Miles said. “Starting him has helped me give a little bit longer rope and let him play through some of those errors.”

Tshimanga was five-for-seven from the field while improving to five-for-six on free-throws. He also provided for a monster slam dunk, one of the few highlights that stood out over Michigan State’s scoring machine of an offense.

“We need more out of that bench,” Miles said. “When we’ve got it we’re golden.”

Tonight the bench only scored nine total points compared to the 39 they scored against Purdue.

Miles went on to talk about how too much reliability on Watson and Webster to score hurts the team when they are not on their game. 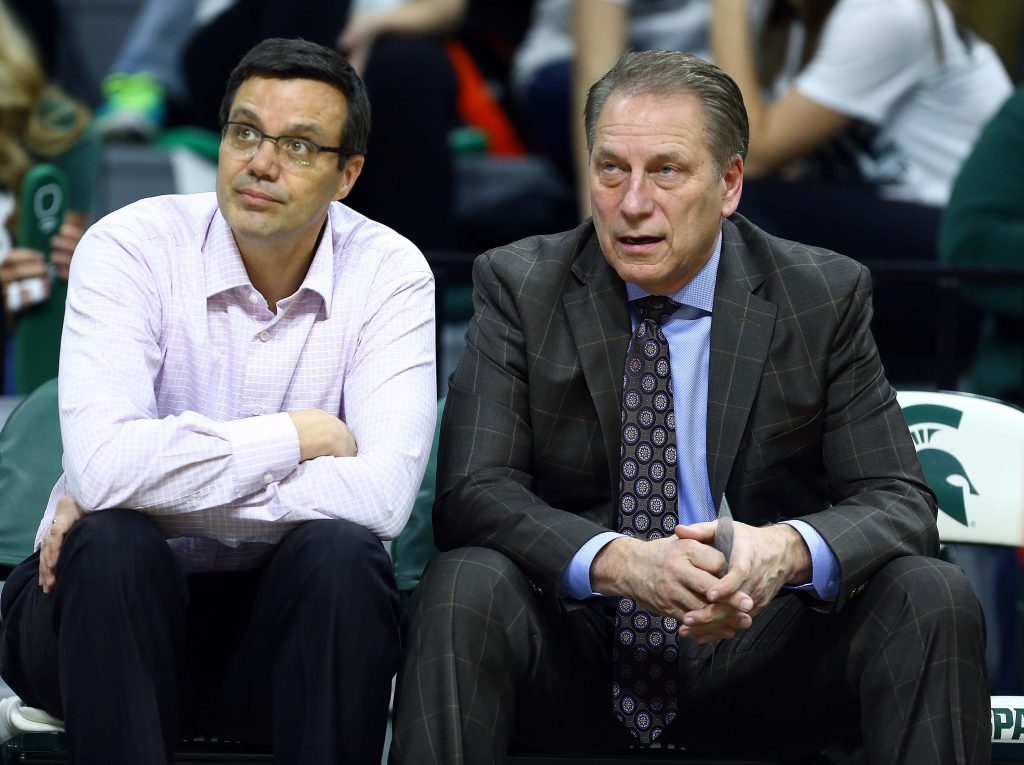 As for Tom Izzo, it was nothing but praise for the Nebraska program.

“The job Miles has done here is unbelievable,” Izzo said. “I’ve never seen a team that have lost so many close games as they have

“I’m just happy to get the win and get the hell out of dodge… The fans are great here. You [Nebraska fans] have something special here.”

Husker legend Tyronn Lue had similar words at half-time of the game.

Thursday night was an honorary night for the Cleveland Cavilers head coach where his jersey was retired joining Dave Hoppen, Stu Lantz and Eric Piatkowski.

“Nebraska is where I made my transition into a man,” Lue said during his ceremony. “I will always be a Husker.”

Lue was the 23rd overall pick in the 1998 NBA draft, being the most recent Husker player to hold the honor of playing in the league. Lue also joined a small list of men who won the NBA title both as a player and as a coach.

Memories of past triumphs are a good reminder as to what teams of the present should aspire to be. Although young, this Husker team has shown a lot of passion this season and it would be very uncharacteristic of them to just fade away the remainder of the season.