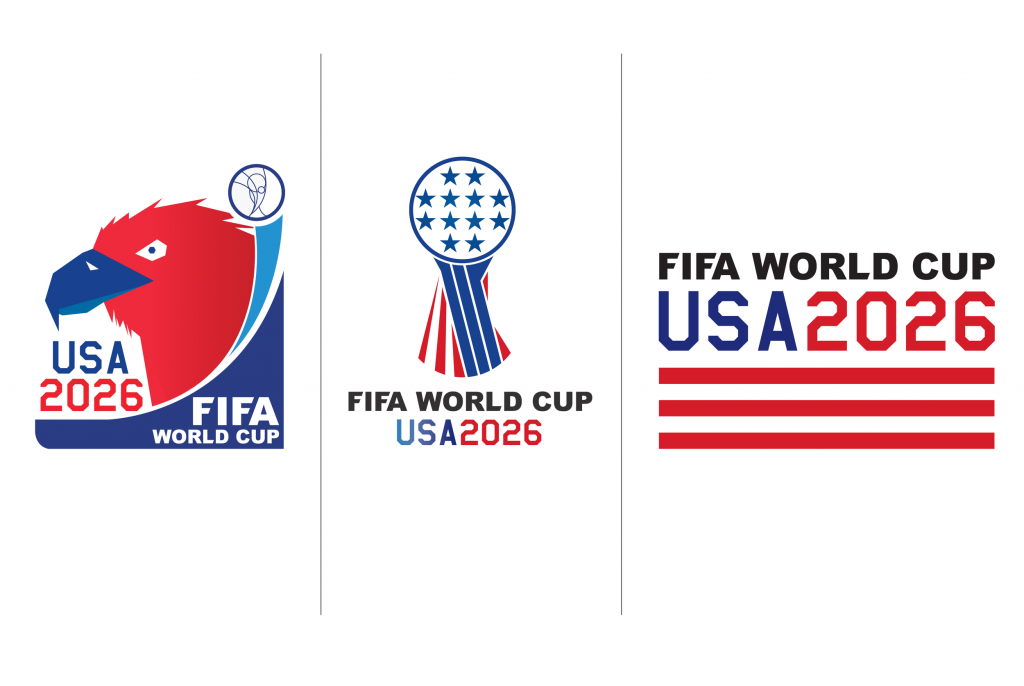 Last Friday, President Donald Trump passed an executive order that placed a 90-day ban on the entrance of citizens from Syria, Iran, Sudan, Libya, Somalia, Yemen and Iraq. This ban includes dual nationals and suspends the United States’ refugee system for 120 days in an attempt to  “keep radical Islamic terrorists out of the US” according to President Trump.

The titled “Muslim Ban” has prompted many responses from athletes, celebrities, and average citizens alike. A couple names included in this category are US midfielder and captain, Michael Bradley, and US Soccer Federation President, Sunil Gulati.

In an interview with Sports Illustrated’s Grant Wahl, Bradley detailed how the ban seemed to go against the country’s historic make up and went against what made it “the greatest country in the world”. Bradley then went on Instagram to explain how he felt what he said was “too soft”.

“The part I left out is how sad and embarrassed I am,” Bradley said. “When Trump was elected, I only hoped that the President Trump would be different that the campaigner Trump.”

He went on to explain how he hoped that the President Trump would not continue his “xenophobic, misogynistic, and narcissistic” rhetoric and be replaced by a “humble and measured approach. I was wrong.”

“The Muslim ban is just the latest example of someone who couldn’t be more out of touch with our country and the right way to move forward.”

Bradley is not the only US player to express his distain towards the new president. Deandre Yedlin, Terrance Boyd, and many other players have taken to their social media accounts to express their negative feelings towards President Trump.

New England Revolution forward Kei Kamara, a Muslim refugee who escaped from Sierra Leone, showed his disagreement on Instagram with the hashtag #NoMuslimBan.

Trump’s tweet Sunday morning added fuel to the fire for those coining this executive order as a “Muslim Ban”. Claiming the execution of many Christians in the Middle East as an influence in his decision over Twitter, even more tension has been created despite his claims that “This is not a Muslim ban”.

The past two weeks have contained some of the most hotly contested political debates seen in a whole generation. The coverage of President Trump has been endless and every side has come out knives-in-hand to defend their case. This feeling has slowly began to bleed into the world of sports and in this case, the world’s largest sporting event.

When asked about the impact this executive order will have on the United States’ chance of becoming a host country for the World Cup in 2026, Gulati stated, “How this plays out in terms of international events, I think that’s frankly a secondary issue right now. The issue involving the executive order and its implications are far broader than that.”

The federation as a whole refused to claim a stance on the issue of the executive order.

The other factor that comes into play with a potential American 2026 World Cup is the current situation with the US-Mexico border.

The idea of a three-country World Cup with the US, Mexico, and Canada is a legitimate one, although one not loved by all US fans. Popular or not, that scenario could be a last-chance-saloon at having a World Cup in the US. The recent talks about border-tightening on the US-Mexico border could stint the progress of such a plan.

“I think a co-hosted World Cup with Mexico here would be a little tricky if Secretary Clinton was not in the White House,”  Gulati said in mid-2016. “Being successful in a World Cup bid or an Olympic bid for Los Angeles (in 2024) is affected by the world’s view of our leaders – not just leaders of the soccer federation.”

Whether or not Trump’s actions are seen as negative in the country itself does not matter in this case. It all depends on the perspective of other countries and specifically the opinions of the committee that will vote in May 2020. Unfortunately for US fans, that opinion is only worsening following recent events.

It is not a matter of whether fake news is portraying the president wrongly to other nations or if he is in fact committing racist acts; it is a matter of most nations just do not see President Trump in a good light and his actions could and will effect the country’s bidding process. So much in fact, the country might not even bid at all.

Hypothetically, if the World Cup was hosted by the US in the coming three months, Iran (a team who made the 2014 World Cup in Brazil) would not be able to attend because of this ban. This is where frustration lays for the many athletes and immigrants who came from all over the world to find asylum in sport and everyday life in the US. 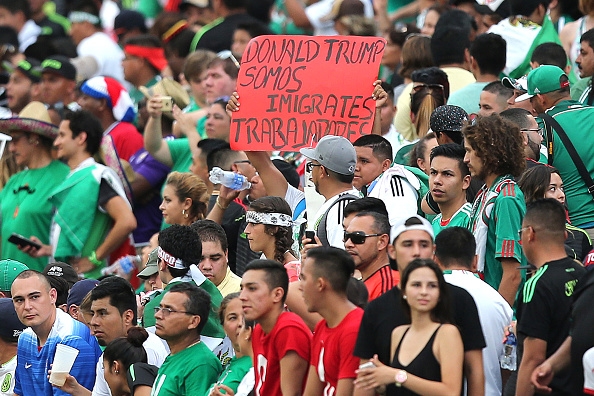 Photo by Alex Menendez, Getty. The sign held by Mexican fans at the Citrus Bowl in 2015 reads “Donald Trump, we are migrant workers”.