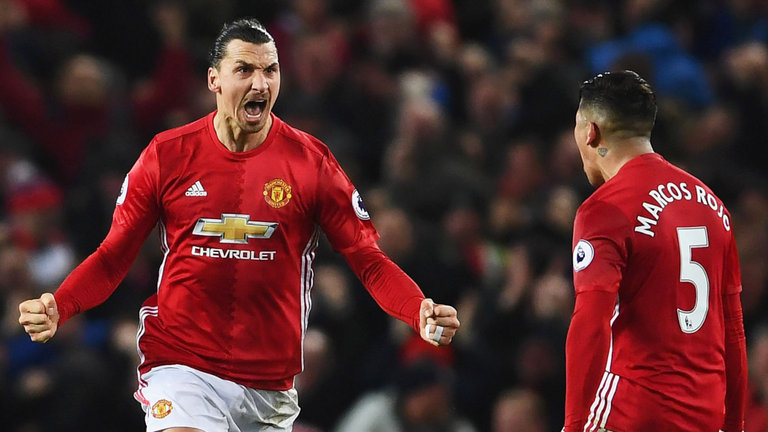 When it comes to the Manchester United-Liverpool rivalry, it is much more than what happens on the pitch.

This past Sunday was no different, in fact, one could argue most of the action happened after the match that ended in a draw.

“They played long balls in a wild game,” Liverpool manager Jurgen Klopp said. “We played the better football and had the better plan.”

Manchester United manager, Jose Mourinho, countered this by saying, “We attacked and Liverpool were the team that defended.

“I have a problem with my neck because I was always looking to the left in the second half and I saw so many yellow shirts in front of me… We lost two points when we wanted all three.”

In the end, neither team played football good enough to better the other and thus is why both teams left the pitch with one point in the pocket.

In terms of which team played better, the argument could be made both ways, and both managers could back up their claims. There can also be added analysis on what type of style was played and which was more successful.

In terms of the long ball, Klopp was right in saying that United played more long balls; the home side played 53 while the Merseyside neighbors played 34 (in terms of  Opta’s definition, a long ball is “a forward pass that is 35 yards or more and is kicked into a space or area on the pitch rather than a precise pass aimed at a particular team-mate”).

The long ball tactic has actually proven to be unsuccessful this year as 17th-place Crystal Palace leads the league in the statistic with league leaders Chelsea at the bottom of the list.

However, that is really no indication on the brand of football played as Mourinho claimed he had to change his tactics to playing balls into United’s taller forwards because of the amount of Liverpool defenders in their 18-yard-box.

In fact, the argument that Liverpool were the more defensive team is more easy to make than any.

United had more possession at 55 percent and made many more attacks in the final 25 minutes, including a goal from open play compared to James Milner’s penalty conversion in the 27th minute.

The argument on the Liverpool side could be that they had more shots and did more with their chances. But Klopp’s claims that they were the more offensive team were probably not as warranted as the Scousers might believe.

Just by the eye test, one could also clearly see that United had more successful and impressive attacks than their rival counterparts. If they finished just one of the many chances they had that were clear-cut, the home side could have walked away with all the spoils.

As for individuals, Paul Pogba played his worst game in a red shirt, and he has gotten enough criticism to match it. In an attempt to reaffirm his commitment to the fans, Pogba posted on Instagram after the match saying, “I’m here, ready to fight and ready for the next one!!… Never stop fighting” along with choice emojis and other thanks to the supporters in his post.

Pogba’s performance indicates a few things; one being his importance to the team. One poor performance after many great ones portrays just how vital he’s become to the success of the team. The post also assures his passion and desire to play for his club, something that this team has showed this year through the likes of Ibrahimovic, Rooney, Rashford, and others.

When looking at the teams as a whole, the most absent quality from the game that was needed to take the three points was a sense of passion.

After being so used to a hotly contested match over the past decades, it was somewhat anti-climactic to see only one real flashpoint with Herrera and Firmino in the 91st minute.

This could be a result of the managers attempting to ensure composure and tactical awareness in their players pre-game, but from a  fans perspective there was a large part of fire missing from both sides.

This draw marked the end of a nine-match winning streak for United and leaves them 12 points behind league leaders Chelsea.