Recent events regarding global warming have struck fear in people of all backgrounds. Photo from global change.gov

In a recent interview with “Fox News Sunday”, president-elect Donald Trump stated that when it comes to the validity of global warming, “Nobody really knows.”

However, according to NASA and various other scientific research agencies, global warming is in fact real and could be a larger problem than what was originally thought. 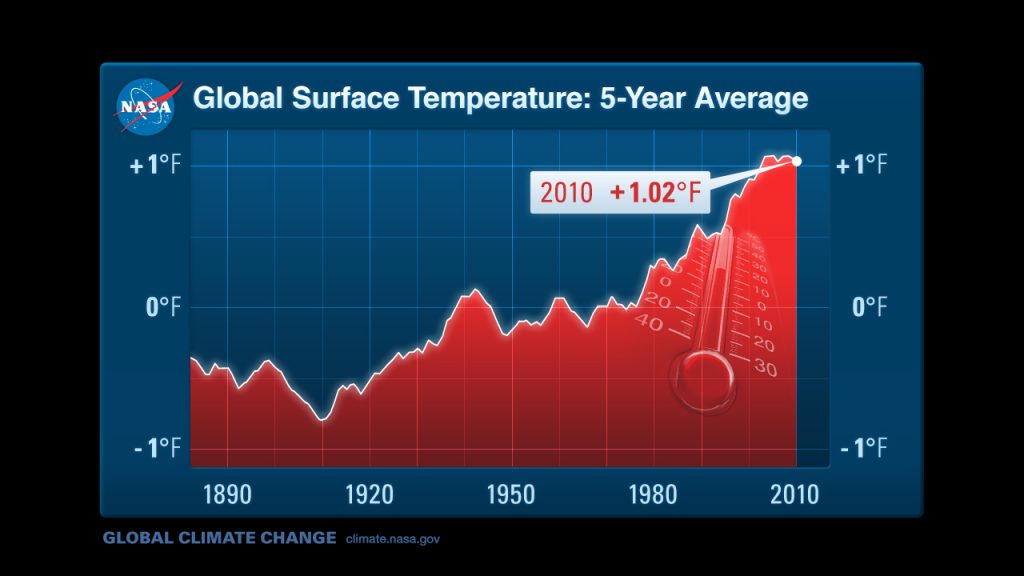 The graph above shows an alarming increase in the surface temperature of earth over more than a century. Data from NASA.

Although having claimed global warming is a “hoax” on his campaign trail, Trump has seemingly grown open to some of the arguments against that theory. Having met with environmentalists Leonardo DiCaprio and former Vice President Al Gore, there is reason to believe Trump may not be so close-minded on the issue.

That being said, Trump also assigned Scott Pruitt as head of the EPA; a climate change doubter who is actually suing the vary same organization. Just as recently, Trump is also weighing his options on pulling the nation out of the recent Paris summit agreements that committed to limiting output that is harmful to the environment.

These recent events have sparked conversations and arguments from all sides of the spectrum as a fear has grown that the U.S. may move away from cleaner energy and environment protection.

Before moving any further, it should be said that this is in no way a political article that sways left or right, but rather an article stating the current situation and reality of the global warming issue facing the world at this very moment.

The fact of the matter is that Trump is facing a nonpartisan issue in a very partisan scenario. In other words, he rightfully wants to put the U.S. in a position where jobs and production can be increased at a great amount, but is faced with a global issue that many of his closest ties want to disregard.

His decisions on appointments and their respective decisions will have an incredible impact on the progress of moving to a more environmentaly-friendly future. At the same time, they have the difficult task of deciding what will be best for the economy and the future of the country.

With regards to global warming and its effects on earth, there simply is no argument. Global warming is real.

If you do not believe it, the statistics that have been restated and advertised for years prove it.

NASA has proven that airborne carbon dioxide levels are at their highest in 650,000 years, nine of the 10 hottest years ever recorded have happened since 2000, and between 1996 and 2005, Greenland has doubled its loss of ice. 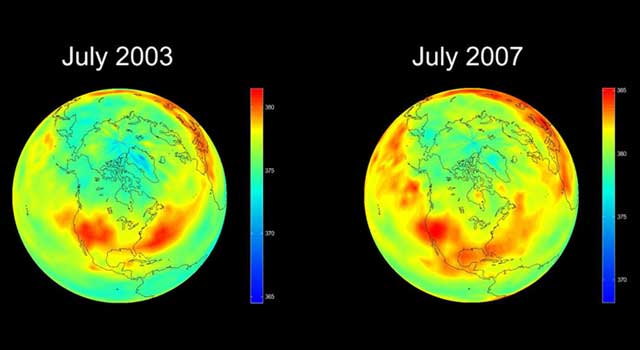 Another visual statistic here shows the increase of heat near the North Pole in just 4 years.

Okay so it is real, but why should one believe that it is the work of humans?

According to The Fourth Assessment Report of the Intergovernmental Panel on Climate Change (IPCC), it is more than 90% likely that the heat-trapping gas caused by human activity has caused “most of the observed increase in globally averaged temperatures since the mid-20th century.”

Skeptical Science puts it in terms of a “court case”. “CO2 keeps the Earth warmer than it would be without it. Humans are adding CO2 to the atmosphere, mainly by burning fossil fuels. And there is empirical evidence that the rising temperatures are being caused by the increased CO2.”

There are hundreds of more “according to this really valid scientific organization”s that could be thrown at you but the simple fact is that we should be concerned.

The simple fact is also that this is not a political issue, this is a human-kind issue.

Both sides can argue the economic value of cleaner energy sources and whether or not following the Paris summit’s terms will put the country even further behind China, but at the end of the day the resolution has to be one with the issue of climate change at the forefront.

At some point it has to be realized that the decisions made here today have repercussions that could literally effect the existence of the human race. Immediate economic consequences have little significance when put into terms of survival; and rightfully so.

Climate change is not a concern of hippies or left-wing nut jobs anymore, its a legitimate issue of the whole human race that disregards any ideology.

For president-elect Trump, a lot of it is doing what will put us ahead of our competitors when it comes to production. His worry stems from how countries like China and Mexico are “eating our lunch” with production, being able to open plants in the matter of “days” and “weeks” where it takes the United States much longer.

Although the motivation to elevate the blue-collar businesses of our country is a tremendous step forward, it is so important for Trump to keep the environment at the front of his mind. And he can do both!

“I just want what’s right,” Trump said. He even stated that he did not want to “put a wrecking ball to the Obama legacy” as what might have been thought which could lead one to believe he realizes that this issue is bigger than partisan beliefs

In the end, there is reason to believe the right decisions will be made. “Studying” the Paris summit means its not a guaranteed pull out and recent halts in the Dakota pipeline proves that the voice of the people is still the loudest when it comes to government decisions.

The drum has been beaten for decades and will most likely be beaten for the rest of the existence of humanity; global climate change is a real issue that cannot be solved in partisan interest.