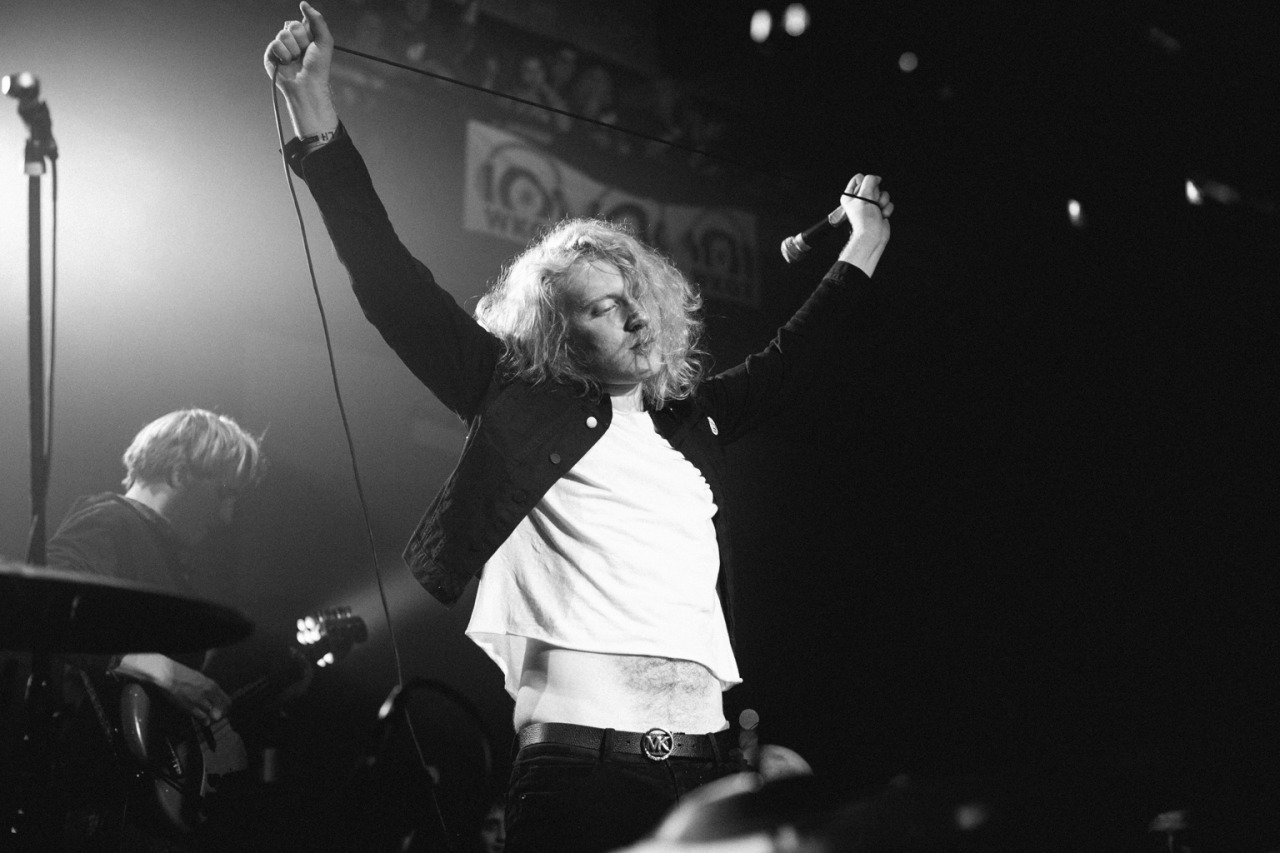 “Double Feature”, a whopping 7-minute track, is the last song off the coming album and was played often as their final song in recent summer shows.

This comes as the third single release off the band’s soon-to-be junior album after the releases of “They Put A Body In The Bayou” and “Buddy”.

If these songs are any indication as what will be on this album, fans should look forward to another loud, in-your-face album from the Chicago natives.

The song starts off with a heavy guitar riff layered with lead singer Mario Cuomo’s always cleaver lyrics. It eventually leads to an awesome yelling portion of the vocals before a woozy mix of the ride symbol and guitar picking. The song is ended off with a heavy rocking outro capping off 7 minutes of madness that guitarist Matt O’Keefe claims, “is like one of those stories that got passed around in email chains and AOL message boards a decade ago”.

You can hear a slight maturity in the band in this song as you have slowly been able to over the past albums; but now, more than ever, they pose this out-for-no-good type of style in everything they do that makes their music that much better.

Along with this song release came the release of their Spring tour dates:

For the Orwells, this album will be a long time coming.

After their opening gig for Cage The Elephant in Council Bluffs this past summer, Cuomo described this record making process as “long and stressful” with having most of the material finished for a long time before its soon release.

All of that waiting time, however, has allowed for a good amount of touring and testing the songs out, leading to some awesome and improving live shows.

After all, the Orwells are known so greatly for their on-stage spectacle that brings a refreshing revival to punk antics in the 21st century.