The stage is set for Alabama, Clemson, Ohio State, and Washington.

It should provide for some exhilarating football with #1 Alabama being the favorite for this year’s national title.

With both games played on New Years Eve (Washington and Alabama at 3PM ET, and Ohio State-Clemson at 7PM ET), it will be another last day of the year for quality college football.

For favorites Alabama, it should be a 17th National Title and one to claim the back-to-back champions crown. 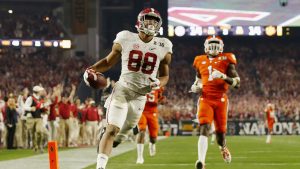 Having made the playoffs every year in its existence, it is hard to argue against the claims that Nick Saban has created yet another Crimson Tide dynasty.

This year is no different from the last for Big Al with impressive performances this year against the likes of USC, LSU, and Florida. Although playing in a below-par season for the SEC, the eye test says that Alabama is deserving of their number one ranking.

It is no wonder why this season has been so convincing; their defense. With bar-none the best defense in college football, Alabama’s defense has recorded a whopping 10 touchdowns themselves.

For the only playoff-first-timers in this year’s edition, Washington will need to stick in the game as long as possible to have a chance in this one. Obvious- yes- but easier said than done against their powerhouse oppenent. 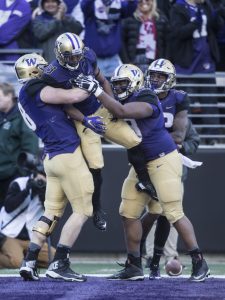 With the Huskies, it is the sum of the whole that is better than the individual parts. Both Myles Gaskin and Lavon Coleman have scored 10 and 7 rushing touchdowns respectively with wideouts John Ross and Dante Pettis recording 17 and 14 receiving touchdowns themselves.

It will come down to matchups in this game with Alabama having the better like-for-like players with incredible depth having survived numerous injuries on the defensive side.

Washington will want to focus on winning every play one at a time; a strategy that was working for Florida in the SEC championship before Quarterback Austin Appleby threw two consecutive forced interceptions.

Looking at Florida’s first drive, however, some of Alabama’s weaknesses became apparent.

Short gains are key if they can somehow beat ‘Bama up front– that’s where Myles Gaskin and Lavon Coleman come into play. Taking what they give you will also be important for quarterback, Jake Browning. Throwing it away is a win against the number one defense in the country.

Lastly, winning third down is important when considering how often you will probably face it. Keeping it to third and short will help their cause.

Trying to make the finals in for a second time in as many years is the goal for the Clemson Tigers but slight favorites Ohio State have different plans.

After recording impressive wins against Oklahoma, Wisconsin, and rivals Michigan, the Buckeyes look to have the slight advantage in Glendale. 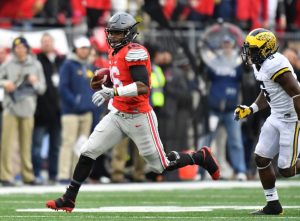 For ACC champions Clemson, it should be a game won on the offensive side with the Buckeye defense being key in the majority of their wins this season. They will want to seclude Ohio State’s J.T. Barrett to only passing; an recipe that helped Penn State beat the Buckeyes in Happy Valley.

Ohio State has the more impressive schedule and results as Clemson’s only quality wins seem to be against Florida State and Louisville while having lost to 6-4 Pittsburg. 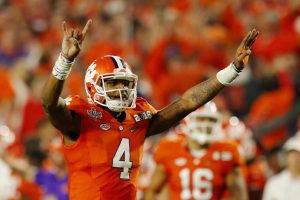 Heisman finalist, Deshaun Watson will want to limit his turnovers as Clemson ranks as one of the worst teams in FBS in turnovers. On the other side of the ball, the Buckeye’s will take any opportunity to make you pay with one of the best defense’s statistically this season.

It should be one of the best and closest matchups during the playoffs with Ohio State probably pulling out a slim victory.