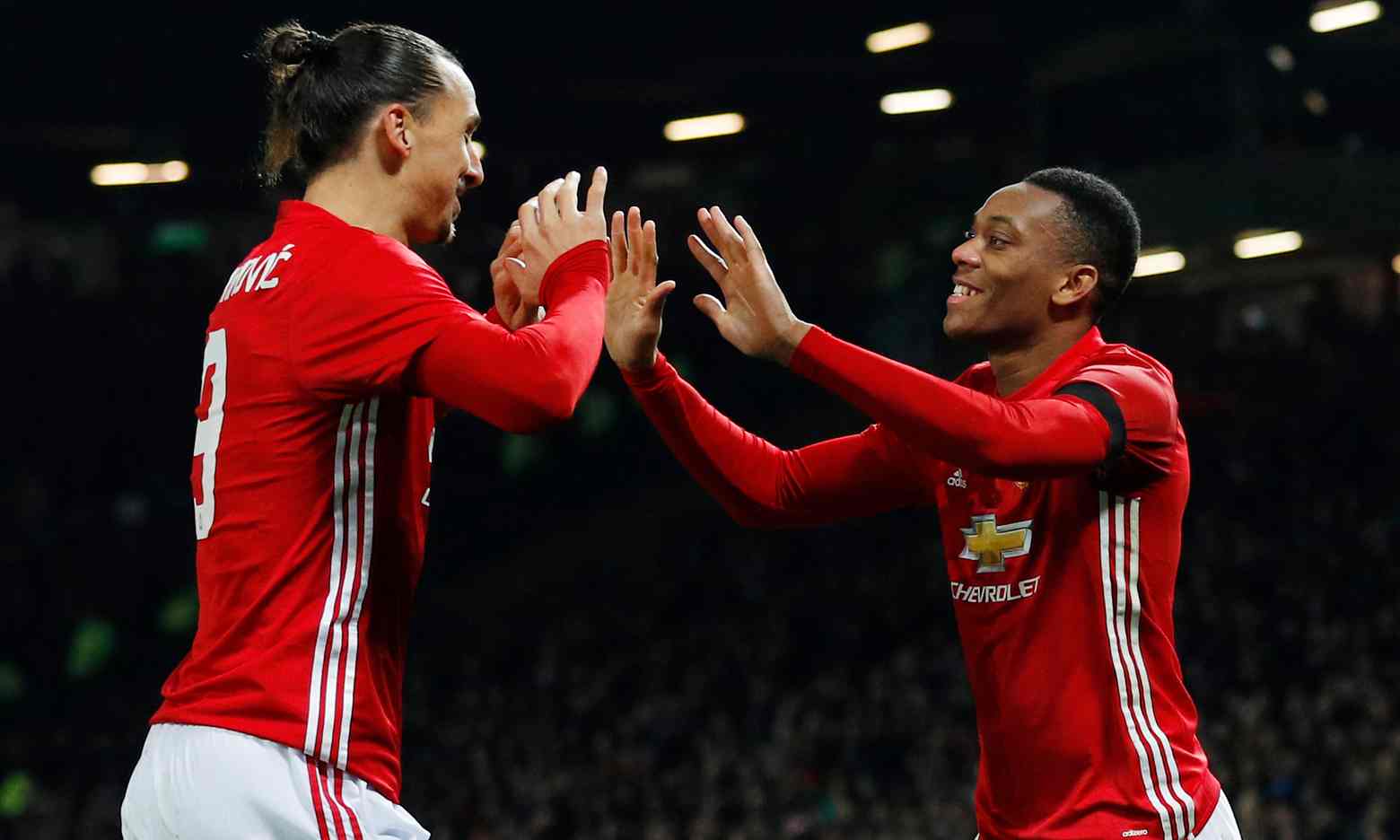 United stars of all sorts shined in their 4-1 thumping of West Ham in the EFL Cup Quarter-Final on Wednesday. Photograph by Phil Noble, Reuters.

After what has been a frustrating start to the 2016/17 campaign for Manchester United, it seems that things might finally be getting on track.

United beat West Ham 4-1 on Wednesday to advance to the EFL Cup Semi-Finals. The win marks a 5-game unbeaten streak in all competitions since the loss away to Fenerbache at the start of the month.

The cultivating win included two goals a piece from Zlatan Ibrahimovic and Anthony Martial as Bastian Schweinsteiger sees the pitch for the first time since March.

After having drawn 1-1 with West Ham three days earlier, United was finally able to create a result reflective of the improving football they have been playing. With bits of flair from Ander Herrera and Henrikh Mkhitaryan, both were able to mark down assists (Mkhitaryan twice) along with a Antonio Valencia cross.

Perhaps this is the most free and creative we have seen United play under Mourinho with the manager himself not on the touchline due to a ban from the English FA in response to his touchline antics three days ago.

Whether or not the main boss being absent from the bench had an effect, United played much more free and confident. Even the defense looked quality with Luke Shaw and Antonio Valencia smothering any counter attacking efforts.

One would hope this performance spurs more of the same results in all competitions as United sits 11 points off of league leaders, Chelsea.

United play away to Everton next on Sunday, December 4 before returning to Europa league play on the 8th.