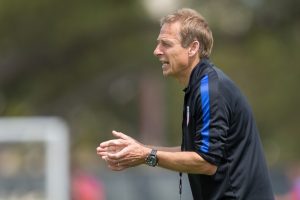 On Monday at 3PM, the U.S. Soccer Federation announced it has officially parted ways with manager Jurgen Klinsmann.

The announcement came 6 days after a 4-0 defeat in World Cup Qualifying against Costa Rica.

“We want to thank Jurgen for his hard work and commitment during these last five years,” U.S. Soccer President Sunil Gulati said. “He took pride in having the responsibility of steering the program, and there were considerable achievements along the way.

“While we remain confident that we have quality players to help us advance to Russia 2018, the form and growth of the team up to this point left us convinced that we need to go in a different direction. With the next qualifying match in late March, we have several months to refocus the group and determine the best way forward to ensure a successful journey to qualify for our eighth-consecutive World Cup.”

For many U.S. fans, this has been a long time coming.

When talking about his recent criticism, Klinsmann reacted by stating that his critics know nothing about the game. In return, a massive up-cry from the already aggravated fans erupted on social media.

Sources say that LA Galaxy manager Bruce Arena will most likely be Klinsmann’s replacement with Gulati holding a conference to discuss the team’s future on Tuesday afternoon.