Title photo from One World Sports

Arena looks like the most likely candidate for the U.S. job. After having done just about everything there is to do in Los Angeles, this would be a second go around at the position for the 65-year-old. This means he knows what it takes to get out of the hex, he’s familiar with the young and growing talent, and he’s American. Perhaps the most important stat of his: he got an underdog U.S. team to the 2002 FIFA World Cup quarterfinals and lost a game that easily could’ve gone his way.

Not long after the Yanks loss on Tuesday, the Washington Post reported that Arena was being lined up to be Klinsmann’s replacement. 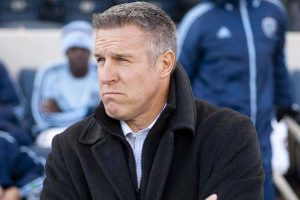 The second most likely candidate is the fiery Sporting Kansas City manager, Peter Vermes. The 49-year-old enjoyed his playing career in the United States and even played on the 1990 World Cup team in Italy. A key point with this candidate is his intense nature. Never shy to comment on something he feels should be criticized, this characteristic has gotten him into some trouble. Perhaps this is what the national team needs; some spark and energy from the touchline that will infuse some passion.

The job could be too big for Vermes, however, as his only real managerial role has been at Kansas City. That being said, he also led them to an MLS Cup title in just his 3rd year in charge. 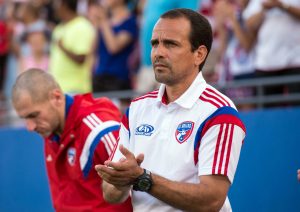 The next candidate is 48-year-old Colombian, Oscar Pareja. After playing in Colombia, Pareja finished off his playing career in MLS with New England and Dallas before retiring to coach in the same country. Since retiring, Pareja served as an assistant for FC Dallas and the U-17 National Team and then managed the Colorado Rapids before being in his current managerial role at Dallas.

Pareja is well known for his youth involvement and great ability to scout talent. Although he has a steady win percentage of 42.76%, he has only really managed at the top level for a short time. Whether or not he is ready to manage at a role quite as big as the international stage is very debatable. 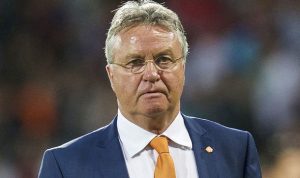 Although a long shot candidate, the 70-year-old Dutchman might consider this job. Having managed the lustrous names like Chelsea (both times as interim), the Netherlands, and Real Madrid, Hiddink has also proved himself at lesser glorious places like South Korea, Turkey, and Australia.

Hiddink proved over his managerial career that working at underdog nations works quite well for him. Making history in Australia, Russia, and South Korea in the early 2000s, he also has a nack for overstaying his welcome. After bringing national teams to great heights, it has usually been followed with struggling qualifying campaigns.

In the short term, Hiddink could be the United State’s guy. However, his chances might not be as great as he could appear to be a replacement very similar to Klinsmann, something the USSF will want to avoid. Maybe if this was before the Klinsmann reign, Hiddink would find himself at number one on this list.

General, Sports
One comment to “The Top 4 Replacements for Klinsmann”